Is Ruby on Rails Just The Current ‘Hip’ Stack?

Ruby on Rails is considered by many developers around the world to be the ultimate web application framework. Certainly, it’s a powerful framework, but is it really a perfect fit for the many clients who request it, or is it just the current hipster stack of choice?

Ruby on Rails vs. Node.js

Pavel Demeshchik joins the conversation on what makes Ruby so popular among vendors and why it is their web app of choice. Pavel also discusses why Node.js will be the next Ruby in five years or so.

Transcript of This Interview

Dave: Hey, everybody. I’m Dave Hecker. You know, Ruby on Rails is one of the most popular languages for web applications. And there’s a lot of evangelists who will tell you that it is the best language for every purpose. But I think the reality is that it’s not always the best and here to talk about that is Pavel Demeshchik from datarockets in Minsk, Belarus. We’re going to talk about why Ruby is so popular, whether or not it’s a hipster language, and whether Node will ultimately replace it. Here we go. Why has Ruby become such a sensation? You know, people are crazy for Ruby. Why do we have so many clients telling us that their vendor said that they have to use Ruby? What is it about Ruby that makes people so excited?
Pavel: You know, if you came to a software development company and didn’t provide any requirements and a sales manager from another site told you, “Our company uses Ruby on Rails and I think it is the best platform for our product, ” you know it’s hype. You need to pay a lot of attention before you choose a technology. For example, if you need a simple two, three page website to promote your business, there is no need to use powerful frameworks, but there is one plus in this. You know, Ruby is pretty simple. If we are speaking about C++ or Java or some old technologies, to become a senior developer in this area, a developer can spend a lot of years. But Ruby is simple, you know.
Dave: But is it really more simple than Jenga? Python? I mean, we deal with a lot of developers and people go back and forth. And I’m not so sure. I think a good developer who loves Ruby will probably also love coding in Python and doing Jenga.
Pavel: But you know, if you will compare Ruby with technologies in the same [inaudible 00:02:29] with Ruby, it will be Python. It will be PHP. It will be Groovy maybe. And it can be NodeJS.
Dave: But you know, this is kind of like, say, five years ago, we are hearing from clients and they’re saying, “Oh, we have to use Ruby because it’s the new thing and it’s the best and it’s the hipster technology.” And this is before it was so popular. Because Twitter is built on Ruby but they had a lot of trouble. And even today, Twitter’s uptime is not that great. Twitter is pretty unstable for such a large application. And Ruby didn’t always have 150,000 gems. So now we hear the same thing, people calling, saying, “We have to use Node, we have to use Meteor because it’s so fast.” And it feels just like it did with Ruby. Clients saying, “You know, we’re going to have 150 million visitors everyday.” Everybody says this. And it feels the same way. So do you think that in five years, Node will be the new stack and Ruby will be older? Will all the hipsters move on?
Pavel: Sure. I think it will be. Because our developers, we have developers already are very interested in Node. They create Open Source libraries and are trying to test this new technology. I think after five years, it will become a new hipster technology.
Dave: I think you’re probably right. So if you had to make a bet, right? If you have to take your company in five years and make it into a shop doing 100% Ruby or 100% Node, what would you choose?
Pavel: A NodeJS direction in our company, so we are preparing for that. We started one…for now it’s the only NodeJS project, but our guys are very interested in NodeJS and I think this direction will grow vastly.
Dave: It’s the next hipster technology. I love calling it the hipster technology. All right, very good. Very interesting. Well, we have a lot of interest in Ruby, of course. And more and more in Node everyday. So we should definitely keep in touch because that’s the direction a lot of things are going. All right. Thank you very much for your time and your insight. I appreciate it and it was nice to meet you.
Pavel: Thank you, Dave. It was nice to meet you, too. 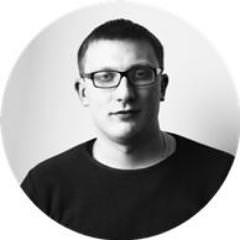 Datarockets is a company that create applications on Ruby, Java and Node.js. They help companies automate their business processes with the help of web based applications.