There are many countries where starting meetings later than scheduled is the norm, and I expected more of the same when I first landed in Ghana. I quickly learned, though, that scheduling meetings and general punctuality in Ghana was more frustrating and difficult than anything I’d seen before.

My first meeting in Accra was with a software company founder named William at 10:00 AM on Monday.

At around 9:00 I sent a text message to him asking for directions. I had to do that because, in Accra, so many places don’t have a regular address – you simply give the driver a description of where you’re going, like “past the Stadium on Independence Rd, near the filling station in the yellow house’. So, we had agreed via email that William would provide directions on the morning of the meeting.

Long story short, it was at around 11:30 that I got a response from William, and it made no reference to the fact that we were 90 minutes late getting started. Just a kind hello and a question that I’d be hearing a lot that week, “Would you still like to meet today?”

It seems that in Ghana, no meeting is ever confirmed in advance. A meeting planned in advance is more of a placeholder, a dog-ear, a penciled in day where a meeting has been suggested, and may evolve into an actual meeting.

As I came to understand this, I realized more and more why I’d had such difficulty locking down times for my meetings in advance. After all, when you are barely committing to a particular day, there isn’t much sense in confirming a time.

I suggested that I could come over right away and we could meet at around noon, just 2 hours late. William agreed and due to the notoriously bad traffic in Accra, I actually arrived at 12:20.

Like most of the Ghanaians I met with, William was incredibly welcoming and pleasant to deal with. And of course, William was completely unphased by the late start of the meeting and made no mention of it.

But now I had a problem.

I was scheduled to meet with another company at 1:00 PM that same day, only 40 minutes away and all the way across town. I was sure to be late, and American protocol dictated that I immediately inform my contact at the next meeting that I’ll be late. I sent a quick email explaining the situation, then I asked William what he would have done in my situation.

“Don’t worry. They won’t expect you to arrive on time, so they won’t be ready for you anyways.”

William went on to explain that as long as I arrived for the meeting sometime that afternoon, i.e after lunch and before dinner, it would be considered a successful appointment. When I arrived at my next meeting, I asked them what they thought about this interpretation of African timekeeping. The response I got was a distinctive combination of acknowledgment, amusement, embarrassment and resignation that I would come to know well over my remaining time in Accra.

This went on for the entire week I was in Accra, although there were a few exceptions – most notably the Ghanaian entrepreneurs who had experience working in the US or Europe. The former expats were right on time, every time, and were pretty frustrated at the punctuality issues in Africa in general. Their frustration, in my opinion, is well founded.

Timekeeping Standards are a Must For International Business

SourceSeek does business all over the world and we’ve helped clients adjust to all sort of cultural issues – things like arcane legal systems, confusing communications and unstable infrastructure. All of these things can be overcome, but simple lateness is a deal-breaker for most western clients.It’s simply too expensive a problem to overlook. Yes, it’s a perfectly valid argument to say, “Well, that’s not how we do it here in Ghana.”

I accept that, and I get that lateness doesn’t equate to rudeness, disrespect, or unprofessionalism in Ghana. If Ghana is to take their place in the global IT market, though, they will have no choice but to adapt to international standards.

Many Ghanaians were quick to tell me that while Ghanaian workers may not be 100% adherent to schedules, they are extremely dedicated when it comes to deadlines and other hard-dates.

I believe this to be true – I saw it in action while I was in Ghana. They are hard workers, for sure, but that’s not the problem.

The problem is that in the US & Europe (and many other places), people take a ‘time is money’ attitude to timekeeping, and to squeeze maximum productivity out of each day is the norm. That means that being late to a meeting is viewed as lost time, money, progress, and productivity for everyone involved.I happen to agree with this sentiment. Punctuality (or the lack thereof) has a direct effect on productivity, not to mention morale and general momentum.Case in point, I was able to have far fewer meetings per day in Ghana that I would have had in Singapore or Kiev. I would guess that I could have had 30% more meetings if I the punctuality level was on par with that of the US.

That is an expensive loss of productivity for me. I need to get the most out of each trip I take to visit companies abroad because these trips aren’t cheap. So as much as I’d like to tell our clients, ‘the timekeeping issue is just something you need to worth with if you want to hire Ghanaian developers’, I just don’t think it’s a viable approach.

Punctuality Is Simply Different In Ghana

As a newcomer to Ghana and Africa in general, I don’t claim much expertise about the culture. That said, I tried to learn as much as possible and here are a few things I learned about the timekeeping issues from Ghanaians I spoke to:

The Future is Bright

The punctuality issue is a serious one, but just about everyone I met from the software industry agreed that the timekeeping in Ghana must be improved if they are to continue developing the IT sector. Most of the founders and entrepreneurs seemed dedicated to changing things, and it was apparent that the technology sector in Ghana had better professional standards than just about every other industry in the country. 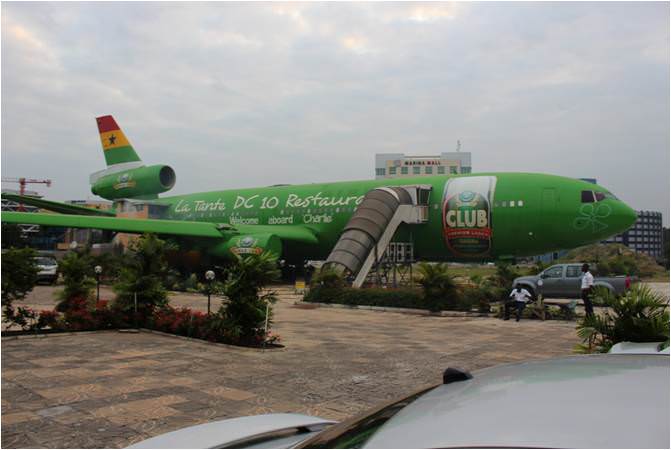 There are two reasons this is so encouraging. The first is that it not hard to be ‘usually on time’, so things can improve quickly. Hardly anyone is ever late for an expensive flight in Ghana because the stakes and expectations are different and the potential cost of being late is substantial. Changing the Ghanaian business protocol to be punctual simply requires a shift in attitude and expectations which are attainable goals.

The second reason is that it only takes a handful of companies to adopt better timekeeping standards to push the entire industry forward. If, say, 10 well-trained entrepreneurs launched software companies that required punctuality from their employees, those companies would lead the way in shifting the culture towards timekeeping. I already saw this happening with some of the software shops I met.
This timekeeping theme is apparently found all over Africa and I heard the same jokes made about at least 15 different countries.

The term Africa Time was widely used to describe it, although I personally preferred GMT or “Ghana Maybe Time”. I was encouraged to see newspaper and magazine articles illuminating the need to resolve these issues with statement like this one:

One of the main reasons for the continuing underdevelopment of our country is our nonchalant attitude to time and the need for punctuality in all aspects of life. The problem of punctuality has become so endemic that lateness to any function is accepted and explained off as ‘African time.’
–       “Progress and punctuality”. Ghanaian Chronicle (Asia Africa Intelligence Wire).

In my opinion, the lack of punctuality is the biggest cultural issue facing the Ghanian IT industry today. All the other ingredients for long-term growth and success are in place. But then, every emerging region that we’ve worked with had seemingly intractable cultural issues that threatened to kill the industry, including things like inflexible team hierarchies or face-saving mentalities. Eventually, each region pushes through these issues, at least enough to grow the IT sector. Once a critical mass of companies who ‘do it right’ emerge, others quickly follow.

Ghana will do the same, and they have a lot going for them including their location, time zone, English speaking population and positive attitudes. Until they do, I’ll be scheduling one meeting in the morning and another in the afternoon, and hoping for the best.